Why Should I Have My Home Plumbing Inspected? - Sav-On Plumbing - Glendale, AZ Plumbing and Water Heater Service

Why Should I Have My Home Plumbing Inspected?

Homeowners and landlords should always be careful with their money.

At the end of the day, mortgages and utilities aren’t cheap. And throwing around cash at unnecessary purchases makes life THAT much more difficult.

But there are times where spending a little bit now saves A LOT in the long run.

Household catastrophes generally don’t occur out of nowhere. When a pipe bursts or a basement floods, it typically stems from a build-up of multiple pre-existing issues.

For the most part, those problems could have been avoided by spending a comparatively low price for preventative maintenance. Easy, painless fixes now can stop small problems from turning into massive damage later.

Doing the Math Behind Preventative Maintenance

One of the most common, dreadful, and avoidable plumbing disasters in a home is a plumbing issue turning into a small flood in the basement or bathroom of a home.

Once you shut the water off, you have to deal with any water damage the flood causes to your belongings, flooring, furniture, and anything else that gets wet.

Beyond that, there’s the need to deal with the cause of the flood. It’s frequently something like a leaky water heater. After a flood, that heater will probably be destroyed, and suddenly there’s a need for a replacement.

Guess what costs drastically less than that (not to mention saving you the hassle and the stress)?

Scheduled maintenance and inspections with a plumber.

And while many landlords and homeowners think it would be a waste of money to bring someone in to just inspect a home’s plumbing, it always ends up paying off over time.

At Sav-On Plumbing, we conduct a lot of routine plumbing inspections, and more often than not in any given home, we will find a small leak or an issue with exposed piping. These are the type of thing that would often go unnoticed, but could turn into a flood or a much worse plumbing emergency down the road.

Other Benefits of Regular Maintenance

When it comes to things that are built to last many years, it’s always smart to engage in preventative maintenance.

Whether its cars, computers, HVAC, or plumbing, etc., they all benefit from tune-ups.

It’s simple—tremendous savings in a variety of ways.

For example, I’m sure you’ve had experience in the past with a toilet that’s continuously running. This could potentially waste about eight gallons per hour, which translates to 200 gallons per day.

If the issue persists, it could waste over 6,000 gallons per month. For many homeowners and landlords, this could cost as much as $70 per month—for one running toilet in your home.

Maintenance ensures there’ll be no nasty surprises or mounting costs on utilities. A plumber would catch – and fix – such an issue with ease and at a far more affordable price.

In short, preventative maintenance visits, even if it’s just once per year, will ensure everything is running efficiently and smoothly. This will save you money in the long run. 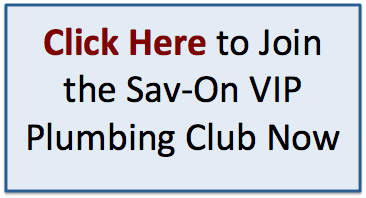 Want to Save Time & Money on Your Plumbing Repairs?